Need to control devices that has high power or does not have the same power rating as the Arduino? Using an optoisolator relay is one wokr around you can choose to approach this issue. With that, this tutorial will give you a short insight on how one would be able to interface this with an Arduino.

As the name suggest, optoisolator relays worked by controlling the state of the relay using light.

There are 6 pins on the relay, 3 for the controller circuit, and the other 3 is for the load circuit. Below is a summary of the abbreviations & its meaning:

We’ll test the relay by making the relay toggle its state every 0.5 seconds, which will in turn toggle the LEDs on and off respectively according to the connections to the relay.

Not much part is required, though you can choose to use the Arduino Uno instead of ATtiny85. The code is actually quite simple, you can just adapt it from the Blink sketch from the Arduino IDE. Instead of using the default pin 13, we will be using pin 0 instead. 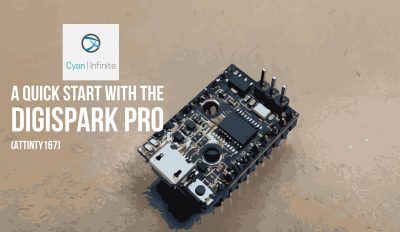 A quick start with the Digispark Pro